Coinfinity at BTC22: our review 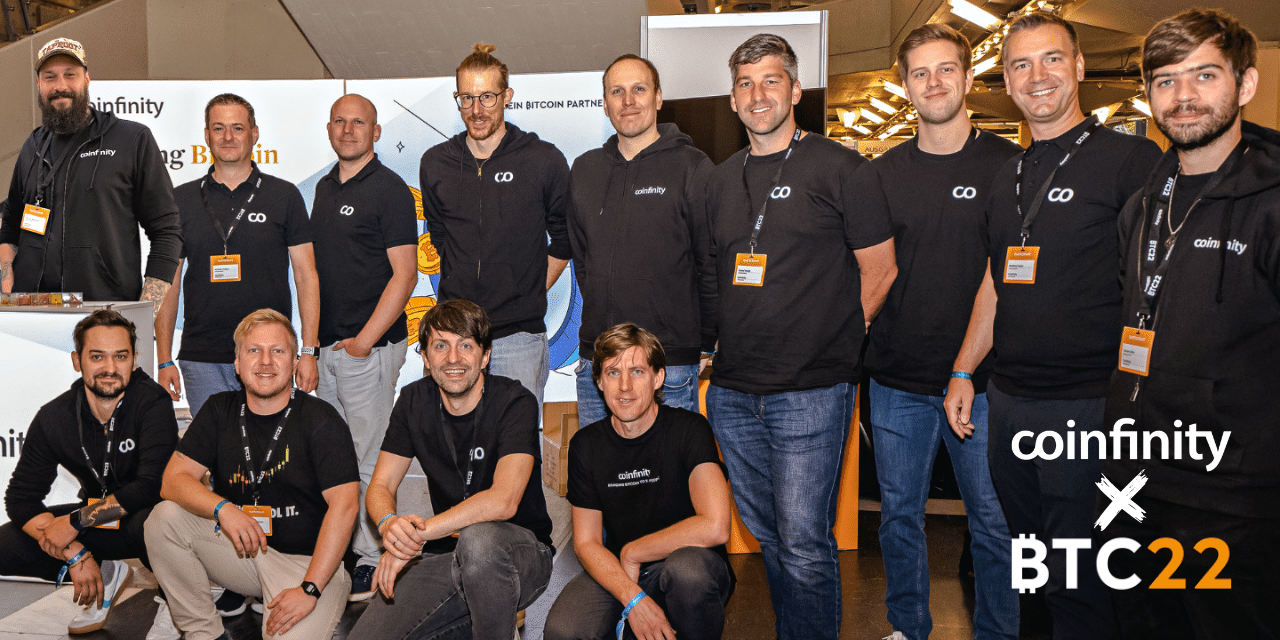 World class speakers, pleb talk at its best, sats from a Lightning ATM, coinhole raffles, bitcoin art and feeling the vibrant community. In this blog article we have summarized our highlights of the BTC22 conference for you.

In the fall of 2021, we heard about the plans for the first major Bitcoin-Only conference in the German-speaking world. Shortly before, Coinfinity had finally decided to become a Bitcoin-Only broker. So it quickly became clear what role we wanted to play at BTC22.

As the main sponsor of the conference, we started preparing for BTC22 in Innsbruck back in the spring. In the end, it did take up quite a bit of resources and energy - and it was really worth it!

The speaker lineup was phenomenal, Jimmy Song used the bitcoin machine from our front office as soon as he arrived, and it was just great to see so many familiar but also new faces from the bitcoin space.

Without having a concrete idea of what our participation as exhibitors would look like, we were simply overwhelmed by the amount of visitors who came to our booth to either get sats, participate in the Coinhole game, or just talk about Bitcoin.

Euro bills in - Sats out: our Lightning ATM

For many Bitcoiners a dream came true at BTC22. It is the dream of using Bitcoin as a means of payment.

This worked surprisingly well at BTC22, because in fact, at the catering company DoN, which worked with Lipa 's payment system, it was possible to pay for all food and drinks in Satoshis via the Lightning network without any problems.

We at Coinfinity were excited about this idea from the beginning and wanted to contribute to it. Therefore, we set up a Bitcoin Lightning ATM at our booth. At this Lightning ATM, visitors could exchange their cash for Satoshis and thus top up their Lightning Wallets and pay for catering.

At this point, we would like to note that the machine was a test device and was used for a test run. Therefore, the volume per transaction was limited to a maximum of 20.00 EUR. The support for Lightning in commercial Bitcoin ATMs is not yet state-of-the-art.

Our lightning wizard Johnny and our CTO Timon therefore worked tirelessly on improvements and bug fixes in advance together with the manufacturer of the ATMs. At the conference, they also kept a watchful eye on the transactions and were able to gather valuable feedback for future productive use through practical experience with the visitors on site, which will flow into the further improvement of the devices.

The exchange of Euros into Sats at our ATM was free of charge.

Lipa published some figures on the Lightning payments: "It was an honor for us to process all Bitcoin payments for the whole event. We were able to process 2868 payments with a volume of over 88 million Satoshi without any major incidents."
So food and drinks worth 0.88 Bitcoin, with a total of 2868 transactions, were paid over the Lightning network.

We would like to take this opportunity to thank all visitors who used our Lightning ATM (with patience) and thus also contributed to further product development!

You have thus supported an extraordinarily constructive test run.

Max Tertinegg, CEO of Coinfinity, and Julian Liniger, CEO of Relai, were also on stage on Saturday for a panel moderated by Niko Jilch. The panel's topic, "Bitcoin Buying. How and Where?"

"Well logically," you might think, "of course you're going to get two Bitcoin brokers on here and they're going to publicly argue about who has the better service and vie for new clientele." But that's not what happened.

After a brief introduction of themselves and their company's history, the main focus was on the ideology, values and motivation that Coinfinity and Relai share as pure bitcoin brokers.

"We want to create education around Bitcoin and we want to avoid customers buying Bitcoin on a whim and without understanding, but we also want to give the background knowledge about Bitcoin along with selling Bitcoin. We are carried by the vision to realize a world with better money and Bitcoin is our way there. We want to bring this vision to the outside world. And we attach great importance to self-custody," Max said.

Different possibilities and best practices of self-custody were also discussed. An appeal was made to self-responsibility - in the spirit of "Not your keys, not your coins".

We continued with the topic of the right way to deal with people who do not yet know Bitcoin or who reject it.

We should not be too dogmatic with Bitcoin newbies and avoid throwing around terms like "shitcoins". You have to get to know Bitcoin first to understand why Bitcoin is better than other tokens. Education and conversation are the better way to go, Max explained, and once again announced the good news about our new Head of Education: Fab the Fox from Aprycot Media. He will support us from now on in our mission to make Bitcoin understandable for everyone.

Max concluded, "One more thing, we are all sitting here as Team Bitcoin. We all have the same goal and you can feel that here at this conference."

You can watch the whole panel here:

A few weeks before the conference, our colleague Thomas von Kurant had the great idea to bring some fun and action to the booth with the "Coinhole Game".

This game of skill, where you have to throw little bags into a hole, is actually called Cornhole, but we were at a Bitcoin conference after all. ;)

Participants had to land at least one out of four hits to receive a raffle ticket for the evening's raffle.

During the conference, a total of over 380 visitors took part in the competition.

On Friday and Saturday we held a raffle of various prizes at 6:00 pm each day. Matthias, our Bitcoin Key Account Manager, did a great job as raffle moderator (without microphone)!

There were various wallets and Bitcoin cold-storage solutions to be won, such as the Card Wallet, Bitbox02, the Seedor complete package, as well as prints by the artist Bitcoin-Apex.

A big thank you to you for participating in such large numbers, it was really fun!

Daniel Kränkel aka Bitcoin-Apex is an incredibly talented pencil artist from Germany. He started his journey down the rabbit hole about 5 years ago and has been dedicated to Bitcoin art ever since.

"There is nothing more honest and pure than Proof-of-Work. Who am I? I don't really know myself, since Bitcoin has been shaping me increasingly and in ever new facets for about five years now, along with the realization of a constant personality development.

What I do know is that I love Bitcoin and art. That brings us to the quintessence of my work.

An artist from Germany, approaching 30, who is so attracted by the singularity of the Bitcoin Black Hole that he feels a deep urge to be an active part of the greatest renaissance in living memory. The best way to do that should be with interests and talents - my talent is drawing," is how Daniel introduces himself.

Some of our employees have been following his art for a long time. At this point we would like to proudly note that in our office hangs the original of the artwork "Bitcoin - Generational Wealth". :)

Finally, we offered Daniel to exhibit his artwork at our booth. The response to the pictures was really good!

Here you can watch Daniel doing his "Proof of Work":

Networking and plep talk until your voice breaks

The conference could also be described as the seventh heaven of the German-speaking Bitcoin community.

To the left of us were Aprycot Media and Seedor with their booths. Right behind us Saltn' Daisy with her delicious granola and the nice guys from Munich International Mining.

Even though we arrived at the hotel in the evening without a voice, we all had valuable conversations about Bitcoin, the conference and the community. It was empowering and encouraging to see so many people with their individual Super Power pulling together in the background here!

Finally, here are a few impressions and photos:

We hope you enjoyed the article and we'll see you at BTC23! 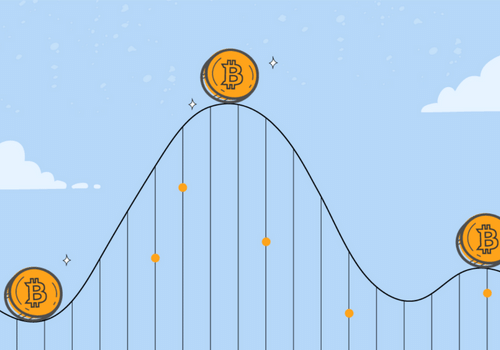 The Bitcoin Cost-Average Effect: The Argument for the Bitcoin Savings Plan 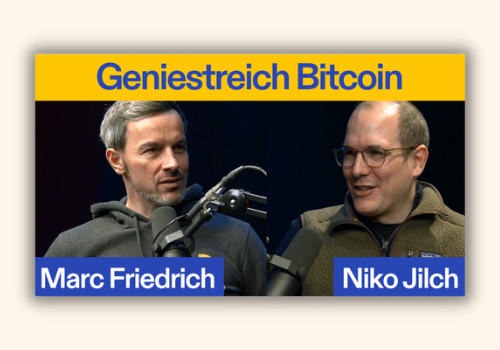 "Our monetary system is dying from inflation" - with Marc Friedrich 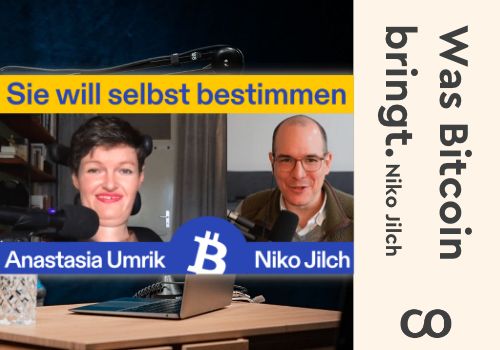 "I don't want to be regulated" - with Anastasia Umrik 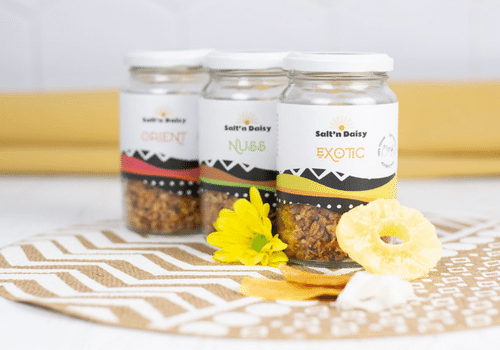 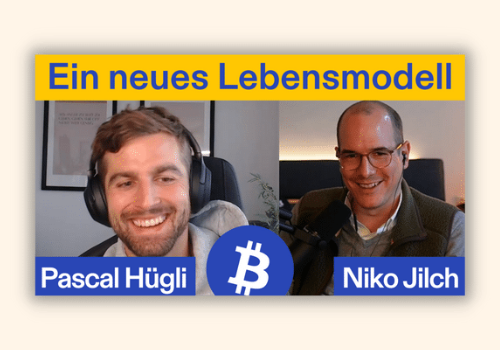 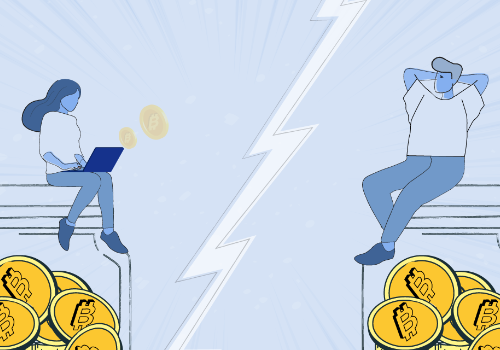 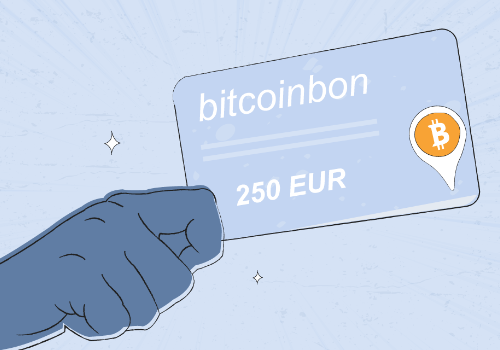